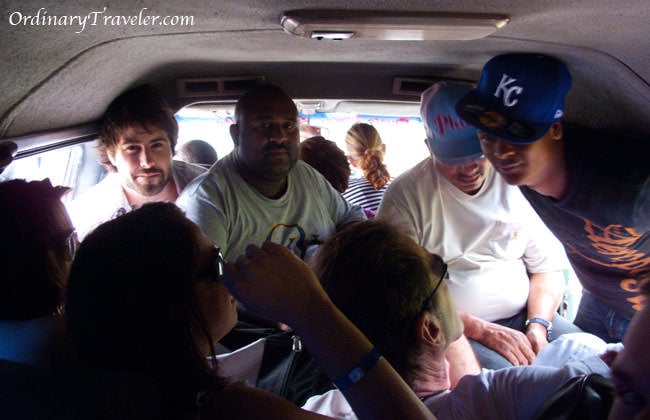 Guaguas in the Dominican Republic

We usually opt for the cheaper transportation options while traveling. Transportation can eat up a budget pretty quickly, so my view is that I would rather stretch my dime in order to be able to spend that money elsewhere.

Not to mention, taking public transportation in other countries can lead to some interesting situations. Many times it forces me to face fears, which can be a double bonus. While I’m experiencing it though, the thoughts crossing my mind border on, “What the f** did I get myself into?!” “I’m going to die!” Or, “I can’t wait to get off this bus!”

After I survive the experience, and exit the bus/van/motorcycle, I feel a bit victorious. Sometimes kissing the ground and thankful that I didn’t puke.

We were fortunate enough to experience a new mode of transportation in the Dominican Republic when we visited this December. After hearing the name, guagua (pronounced wawa), we couldn’t resist taking a ride in one.

Taxis are ridiculously expensive in the DR. The lowest price we could find for a 20 minute ride was $25 US (Price started at $35). We were told a guagua would only charge 50 pesos (a little over $1 US) for the same distance.

You can’t miss these privately-owned 10 person mini-vans, since they usually honk when driving by people along the street. You can easily catch them at Taxi stands, or anywhere along the road.

We hopped on our first guagua at a taxi stand along the busy road of downtown Cabarete. With a line of cars impatiently waiting behind our guagua, the driver and passengers hurried us inside the crowded van. We found a seat in front of four teenage Dominican boys who thought it was the funniest thing for foreigners to be taking a guagua.

About 5 minutes later things started to get interesting. We made several stops and each time we packed in a few more people. I began to wonder if this van had a limit. At about 20 people, is the point when I began to feel a little claustrophobic.

Thankfully one of the locals insisted we keep the sliding door open for much needed air. Not the safest option, but neither is 20 people in a 10 person van with no seat belts.

Other thoughts that I tried to push out of my mind during our first ride were, “Wow, this would really suck if we got in an accident.” And, “I wish we had confirmed the price with the driver, or this could be an expensive, uncomfortable ride.”

This trip we topped out at 21 passengers, plus a dog. As we got closer to our destination, Puerto Plata, people gradually exited the van by knocking on the roof when we approached their stop. I noticed locals paying anywhere from 20-50 pesos for the ride.

We were the last ones in the van besides the driver and a very large Dominican man who had been collecting money from the passengers. The large man turned his attention to us as we neared our stop at El Mercado Viejo.

“Necesitas pagar.” (You need to pay.) He demanded.

Scott handed him 100 pesos. He handed it right back, while shaking his head no.

Whaaa?! We tried to find the words in Spanish to tell him it was only supposed to be 50 pesos each. He looked unwilling to budge, and it also appeared to me that he could easily force the money out of us if we refused to pay his overcharge. It was our fault for not securing the price before we got on, so we paid the man 200 pesos each (a little over $10 US for both of us).

He then proceeded to tell us it was his birthday and told us to give him 10 pesos to buy a beer. I told him I didn’t understand, even though I did. They already got enough money out of us, and I knew he was lying about his birthday.

On our ride back from Puerto Plata to Cabarete, we secured a ride in another guagua for 50 pesos each by confirming the price before we even entered the van. Also, be sure to have the exact amount of money for the driver since they rarely have change.

All in all, I highly recommend a ride in a guagua. For the experience, and for the price (as long as you get the locals price, that is). It’s also a great way to practice your Spanish since the drivers and passengers usually don’t speak English.

Do you have any fun, overcrowded transportation stories from your travels? Feel free to share your stories below.

How to Stay Fit While Traveling – 6 Easy Ways!

How To Find & Book The Absolute Cheapest Flights To Anywhere 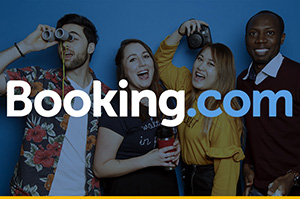