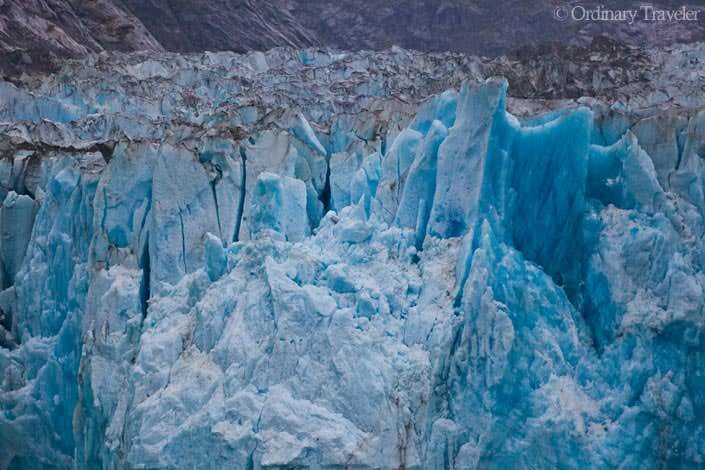 In Alaska, I saw a glacier for the first time.

After seeing the magnificent Dawes Glacier, I felt slightly ignorant because I usually pride myself on knowing at least the basics about common conversation pieces — but this time my previous conceptions seemed quite silly.

See a Glacier – Limited Time Only!!

What Is A Glacier?

You hear things all of the time about how the glaciers are melting, global warming, polar bears floating away on icebergs — and all the other buzzwords about glaciers — but I never really took the time to look up the definition of a glacier…

“A huge mass of ice slowly flowing over a land mass, formed from compacted snow in an area where snow accumulation exceeds melting and sublimation.”

When Christy told me we would be visiting a glacier during our Un-Cruise Adventure, I was really excited at the thought of finally seeing one with my own eyes. I think I imagined we’d be hiking around and actually touching one. I had a weird cartoonish idea in my head of this pointy mound of ice — with penguins on top — that broke off into the ocean every so often.

I didn’t really start to grasp the concept until I heard an account from one of the hiking groups who got a bird’s eye view of the glacier from the top of a mountain.

I remember hearing him say, “It’s like a river of snow flowing down into the sea.”

What? It’s a moving, flowing, river?? All my preconceptions were shattered once I recognized that I knew absolutely nothing about glaciers.

As we approached the glacier, we noticed tiny icebergs scattered in the water. The ocean water below us slowly turned an emerald green hue, caused by the minerals in the snow and ice that absorb the other colors of the spectrum.

I admit, a few Titanic-like scenarios entered my mind (as a kid I had some close calls with drowning in cold water) but I was too excited to care. I snapped a couple of long-distance shots as the glacier began to come into view.

Once I peered through a pair of binoculars, I noticed the glacier was actually a giant wall of tightly packed snow and ice — well over 100 ft above the water line.

The real shocker for me was seeing just how far these glaciers are retreating each year. I feel extremely lucky to have seen this towering line of snow meeting the ocean. Some of the glaciers have melted so much over time that they are now just waterfalls, tumbling into the sea. 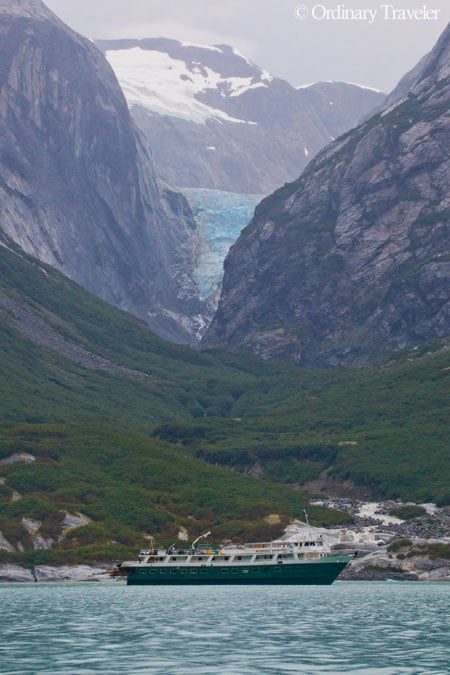 In the future, I may be telling the story of how glaciers used to be.

Top Honeymoon Destinations for Couples on a Budget

The 12 Most Beautiful Places to Visit in Alberta, Canada

How to Take Great Travel Photos as a Solo Traveler

Scott Calafiore is a co-founder of Ordinary Traveler. He's a creative, transformational and technology coach - working with people who feel stuck in a part of their life and can't seem break out to become what they are truly capable of being. This is accomplished by providing a safe space for individuals that are ready to break out of their patterns and reach their true potential. He works with his clients to cultivate and co-create the new life that excites and truly satisfies their deepest desires.

"Together we will build the world that is seems unreachable and has always been waiting for you." - Scott

Previous Post: « Is it Worth Visiting Israel if You’re Not Religious?
Next Post: The Dead Sea, Israel: I Found The Fountain Of Youth »